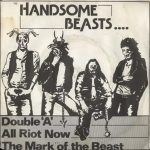 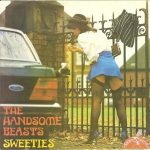 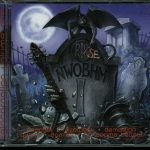 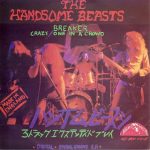 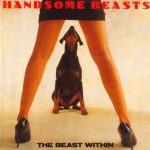 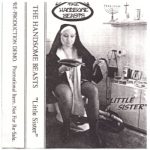 Paul Birch, who rated the band very highly, tried to get them a record deal asking numerous major labels if they would be interested. They weren’t, so he founded his own label, Heavy Metal Records, to release the first Handsome Beasts EP, “All Riot Now” in 1980.

Dalloway, bassist Steve Hough, guitarist Phil Aston and drummer Pete Malbasa played further gigs in the Midlands area before recording their debut LP “Beastiality” in 1981 and, in the same time, Aston was replaced by Paul Robins. With an outrageous but humorous cover, the album showed that, musically, Handsome Beasts still incorporated massive blues influences into their heavy metal sound. The album featured only four new songs, “David’s Song“, “Another Day“, “Tearing Me Apart” and “High Speed” as the rest of the material was previously released in their EP’s.

When in the middle of the 80’s, N.W.O.B.H.M. started to fade-out, it was time for Handsome Beasts to call it quits.

However, in 1990, Garry reformed the band with guitarist Maz Matrenko, Ray Richman on drums and they released “The Beasts Within” album. Another album was recorded during the 90’s titled “Little Sister” but was never released.

In 2005, Ray Richman left and was replaced on drums by Mick Roobottom.

Unfortunately, Garry passed away in August 2005 due to a heart attack, only shortly after recording another album. There were thoughts by the rest of the members about the band’s future, but they remembered Garry saying 18 months earlier, while watching the front-man Simon Hall of Beholder, a local covers band: ‘when I peg it, that’s the guy you want‘.

Shortly after Garry’s death, the band indeed asked Simon if he would like to sing in some gigs in the memory of Garry. These gigs went quite well and the band decided that Simon was right after all, Simon was the right guy and so they asked him to join the band permanently.

Simon left the band in late 2007 and was shortly followed by Si Fielding (a bass player from Beholder who joined Handsome Beasts in the summer of 2007).

In December 2007, the band found a new front-man, Rocky Shades. He was the singer from the legendary Wrathchild, a band with whom Handsome Beasts were mates back in the Heavy Metal Records days. Besides the new vocalist, a new bass player joined, Shawn Till, a friend of Mick’s who for the last couple of years had been fronting a Motörhead tribute band called Motörkill.

Currently, Handsome Beasts are still active, playing some gigs and preparing material for a new LP, however not a single original member is left in their ranks.